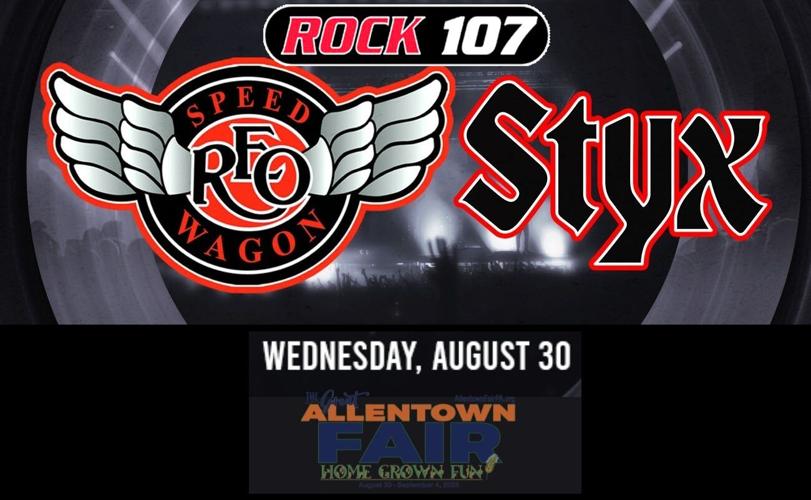 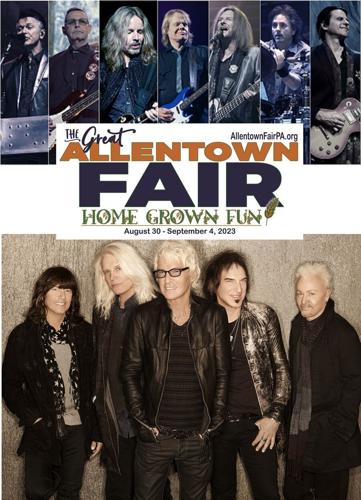 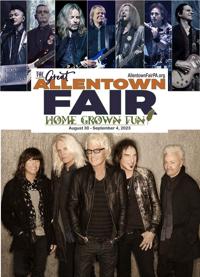 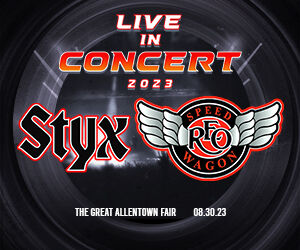 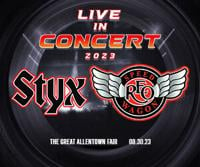 Styx and REO Speedwagon to perform on Wednesday, August 30

Wednesday, August 30. “Kicking off the 2023 Great Allentown Fair with these two beloved classic rock bands will be amazing’ said Jessica Ciecwisz, the Fair’s marketing and entertainment manager. ‘The city of Allentown will hear the historic grandstand rocking with hit after hit.” The last time REO Speedwagon and Styx and REO Speedwagon played the Allentown Fair as co-headliners was in 2001.

Styx also performed at the fair with Def Leppard and Tesla in 2015.

Shortly before CRASH OF THE CROWN came out, STYX released new music on THE SAME STARDUST EP as part of Record

Same Stardust” and “Age of Entropia”), as well as five live performances on side two of some of STYX’s classic hits previously

page, including “Mr. Roboto,” “Man In The Wilderness,” “Miss America,” “Radio Silence,” and “Renegade.” On September 17,

2021, THE SAME STARDUST was made available worldwide on all digital platforms.

Co-headlining the show with Styx is REO Speedwagon. Formed in 1967, signed in 1971, and fronted by iconic vocalist Kevin

Cronin since 1972, REO Speedwagon’s unrelenting drive, as well as non-stop touring and recording jump-started the

burgeoning rock movement in the Midwest. Platinum albums and radio staples soon followed, setting the stage for the

release of the band’s explosive HI INFIDELITY in 1980, which contained the massive hit singles “Keep On Loving You” and “Take

It On the Run.” That landmark album spent 15 weeks in the No. 1 slot and has since earned the RIAA’s coveted 10X Diamond

Award for surpassing sales of 10 million units in the United States.

Speedwagon has sold more than 40 million albums around the globe, and Cronin and bandmates Bruce Hall (bass), Dave

Amato (guitar), and Bryan Hitt (drums) are still electrifying audiences worldwide in concert with hits and fan-favorites such as

Tickets for REO Speedwagon and Styx are $69 and $89. Tickets go on sale to the public starting at 10 a.m. on Friday,

February 3. Tickets can be purchased online at Ticketmaster.com and the fair’s Box Office. Special box office hours will be held

include admission into the Fair.

For more information and upcoming show announcements, visit the fair’s website at www.allentownfairpa.org.