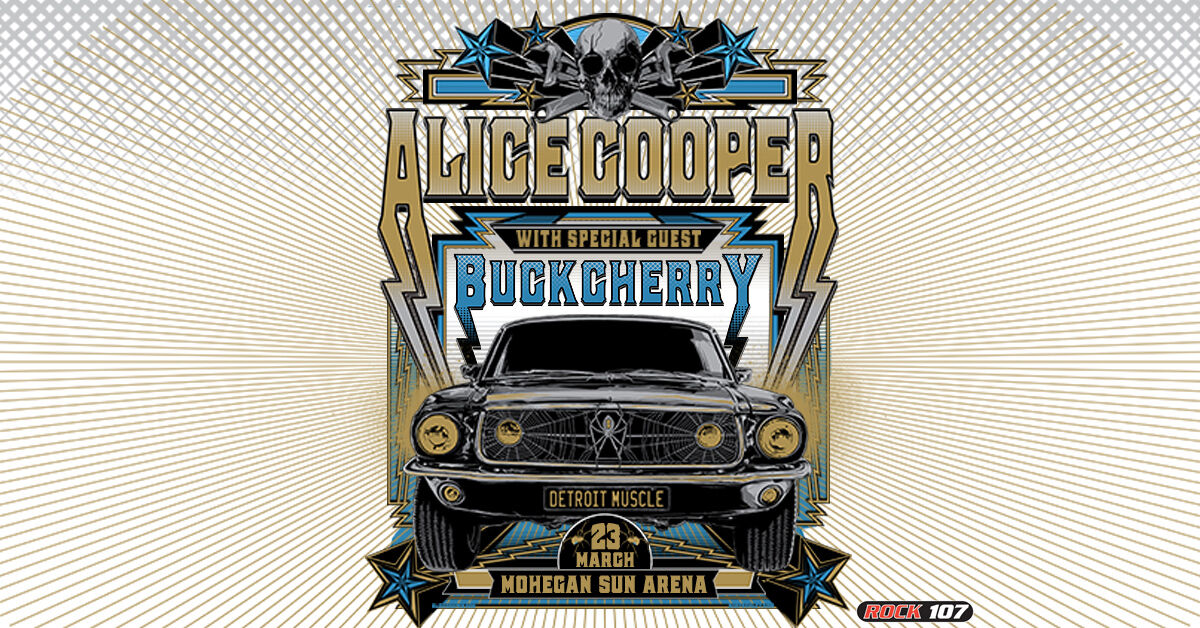 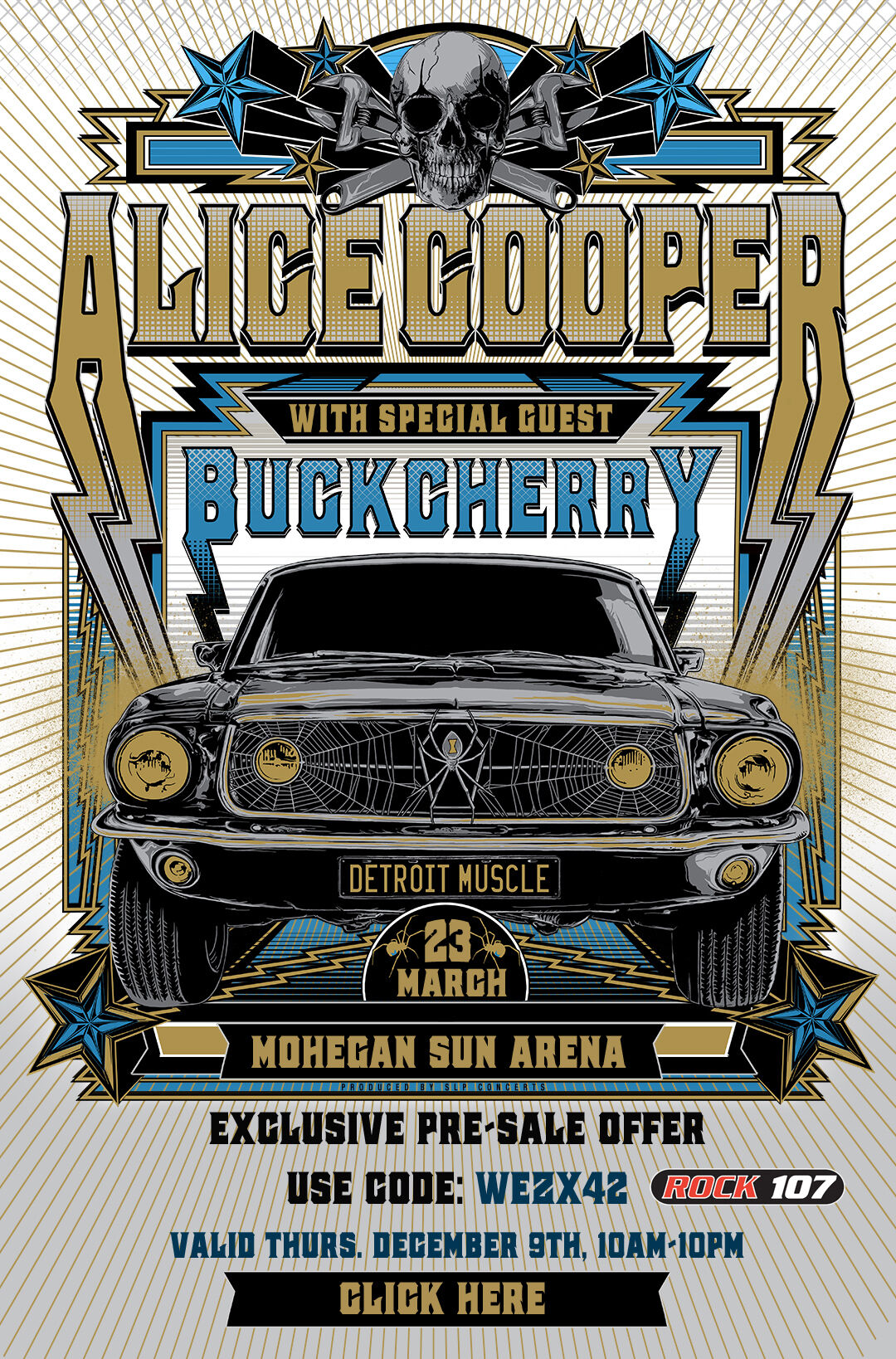 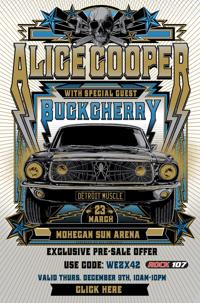 (Wilkes-Barre, PA) - After wrapping a successful and uninterrupted Fall 2021 tour, Cooper recently announced a run of January and February tour dates ahead of a headline appearance on the Monsters of Rock Cruise, which takes place February 9 through 14. Today, Cooper has confirmed a slate of new Spring dates, kicking off on March 18 in Connecticut and wrapping on April 23 in California. The tour includes a visit to the ASM Global managed Mohegan Sun Arena at Casey Plaza in Wilkes-Barre on March 23rd at 8pm with special guest Buckcherry.

Tickets, starting at $46.25 plus fees, go on sale this Friday, December 10th at 10am at Ticketmaster.com, AliceCooper.com and in person at the NBT Bank Box Office at Mohegan Sun Arena. VIP Packages are also available online at AliceCooper.com.

Cooper, a Rock and Roll Hall of Fame inductee, usually spends up to six months a year on the road, bringing his iconic brand of rock psycho-drama to fans both old and new, enjoying it as much as the audience does. Known as the architect of shock rock, Cooper (in both the original Alice Cooper band and as a solo artist) has rattled the cages and undermined the authority of generations of guardians of the status quo, continuing to surprise fans and exude danger at every turn, like a great horror movie. Alice Cooper concerts remain a "not-to-be-missed" attraction!

Alice’s universally acclaimed 2021 album Detroit Stories is available via earMUSIC. The record is a celebration of the sound and spirit of the Golden Era of Detroit rock, and debuted on the Billboard Album sales chart at #1 upon release in February.

The Associated Press called Detroit Stories "a masterpiece of classic rock, soul and R&B in homage to the city that produced him," while Entertainment Weekly proclaimed the release "a love letter from Cooper to his city, and one that encourages a deep dive into his own back catalog and that of his peers." Variety deemed the album "a delicious tip of the hat to '70s classics such as 'Killer' and 'School's Out' without sounding like a throwback." Rolling Stone enthused, "That spirit of rock & roll abandon still exists in Cooper's music half a century later, and his inherent showmanship is why people still fill theaters to see his guillotine act. It's also why his records are still fun to listen to: You never know where he's headed." Get it here.